From Texas to Little Rock

Saturday was our year anniversary of landing in North Carolina. Oh my, what has happened to us these past twelve months? Here I am running around the park at 6a in the morning and then running home again at night after walking Michael to the Y. I am doing these things while pushing a corgi around in a buggy. A corgi with a big bald neck.

In the meantime, Michael is having the Big Gay-Off in garages with other men and running around the city in dresses. For clarification, the former was a precaution after he and a couple other guys had ticks rain down on them while running. They ducked into a garage, stripped to their underwear, and did the buddy check. I guess no one else wants Michael’s mountain fever.

Well, we certainly didn’t get here in two days, so I should accurately represent the journey from LA to NC. Last week I chronicled days one and two…and so here are the others.

We were all too excited to leave the awful La Quinta in Amarillo and get back on the road. It is rather ironic that we traveled through such a small part of Texas, when you consider how grand that state really is. In my blackberry I noted that Texas had the best stretch of I-40 pavement, the most cops, (I had to use cruise control), and lots of crosses. 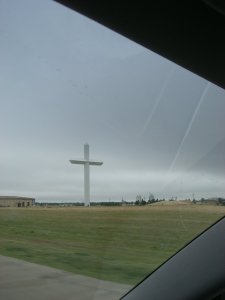 Oklahoma on the other hand had the best, and I mean best wayside. All the states try and win you over with the rest stop that is just across the state border. It usually has the visitor’s center, nice facilities, and even dog runs. They tend to deteriorate once you get further along in the state, but not those of OK. They took great pride in their waysides and Iona and I made sure to stop at every one of them. She too is looking more than a little disheveled at this point. 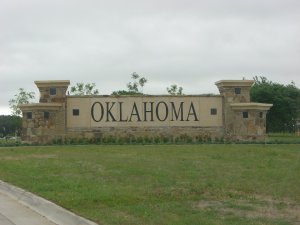 Little Rock was our stop for the night and proved a little tricky. Both our GPS systems got confused going into the city with the new road construction and Michael had the added challenge of of navigating the downtown parking structure with his truck and trailer. This was our only hotel that wasn’t direct;y off the 40. This La Quinta was fantastic though. The staff was delightful and helpful and the room was new and huge. Two humans, a dog and two cats all got to have their space. Of course, sometimes things aren’t that different from home.

Little Rock was the only night we actually ate a nice meal. The hotel shuttled us down to the restaurant row and we found a great place with a good wine selection and tableclothes that were not made of plastic. We both felt that we could now go on with the journey. 1675 miles down, and 890 to go. 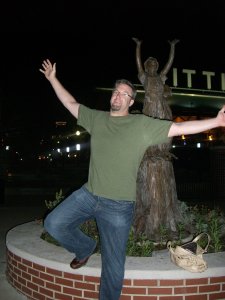